Reviews of The Field to Table Cookbook are rolling in—click on red-highlighted type to read entire reviews: 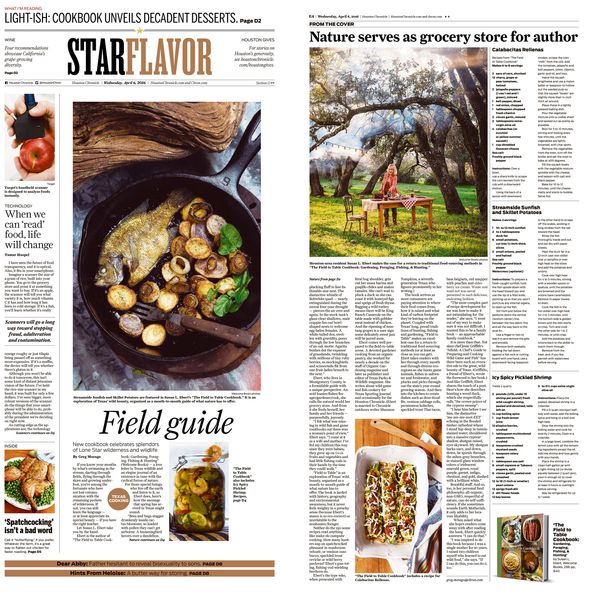 “Not since chef Jesse Griffiths’ ‘Afield: A Chef's Guide to Preparing and Cooking Wild Game and Fish’ has there been such an evocative ode to the great, wild bounty of Texas. (Griffiths, a friend of Ebert's, wrote the foreword to her book.) And like Griffiths, Ebert shares the touch of a poet. Here's how she describes hunting a wood duck, which she respectfully calls ‘the crown prince of the cypress swamp:’

‘I hear him before I see him, the distinctive 'zee-zee-zee-zoot-EET' echoing in the flooded timber cathedral where I stand hip-deep in tannin-stained water, shouldered into a massive cypress' shadow, shotgun raised, eyes skyward. My shotgun barks once, and down, down, he spirals through the ashen-gray branches, in stained-glass window colors of iridescent emerald green, royal purple, garnet, indigo, chestnut, and gold, slashed with a brilliant white.’ 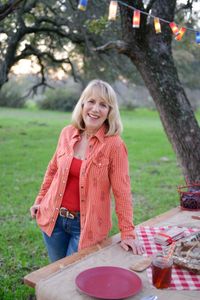 “In The Field to Table Cookbook: Gardening, Foraging, Fishing, & Hunting (Welcome Books, 2016), writer Susan L. Ebert leads readers into a vibrant world from the get-go — with no couch in sight. She refers to “the backflips my heart does ... at the gobble of a turkey in bluebonnet-festooned meadows.” A duck wears “stained-glass window colors of iridescent emerald green, royal purple, garnet, indigo, chestnut, and gold, slashed with a brilliant white.”

But what might be new to big-city types is just life lived to Ebert, whose family expected an outdoors lifestyle for her even before she was born. “It all kind of goes back to my Papaw, my granddaddy Dorsey Watkins, who was a big outdoorsman,” Ebert tells C&I. ”— José Ralat

“The Field to Table Cookbook is ultimately a beautiful cookbook with amazing pictures and delicious recipes. Sandwiched in between those are thoughtful stories, excellent hunting tips, and a lifetime of knowledge from the author.” — Jamie Carlson, The Cast-Iron Chef, Outdoor Life blog

“Some of us don't need a groovy, over-priced, rainbow-colored health food store to find ‘organic’ food. Author, high-end chef, and down-home kitchen whiz Susan L. Ebert has spent her career combining a ’belief that good health begins with healthy soil and clean water from which healthy plants, people, and animals grow‘ with a love of hunting, fishing, and gleaning wild foods from the woods. Illustrations and accompanying essays are excellent, and the book has been thoughtfully bound with a practical lie-open binding that serves kitchen use perfectly.“ 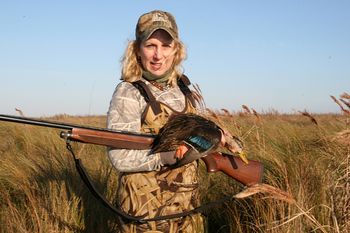 “Ebert’s Field To Table Cookbook, Gardening, Foraging, Fishing, & Hunting is equally whimsical and profound. How can you not smile at the thought of dandelion fritters, made from an apron full of dandelion flowers gathered from the backyard? Or dewberry ice cream in pavlovas, or specklebelly goose breast with pomegranate gastrique? Ebert urges us not to taint with pesticides the ground that serves our families, to treat with respect whatever space over which we have dominion. Ebert has, in fact, written a field bible for our times, encouraging us to honor both ourselves and all of nature that sustains us.” — Deborah Donohue, Cowgirl magazine 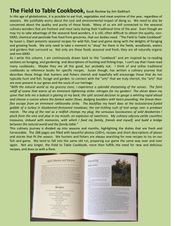 On the Fly magazine

“I am continuously drawn back to this ‘cookbook’ and am inspired by re-reading sections on foraging, and gardening and descriptions of hunting and fishing trips. I can't say that I have read many cookbooks. Maybe they are all this good, but probably not. I think of and utilize traditional cookbooks as reference books for specific recipes.

“Susan though, has written a culinary journey that describes those things that hunters and fishers cherish and hopefully will encourage those that do not typically hunt and fish, forage and garden, to connect with the ‘arts’ that we truly cherish, the ‘arts’ that are ever present in our genes and the souls of our heritage.” — Jim Gebhart, On the Fly magazine, pp. 44-45

”To pen a collection of recipes using ingredients gleaned from the great outdoors, you ought to have some street cred – or shall I say hunter/gatherer credibility. Author Susan L. Ebert is not only skilled at all the activities listed in the cookbook’s title, she prepares and shares these foods within her circle of likeminded friends. She’s part Euell Gibbons, wildcrafter; Michael Pollan, food philosopher; Alice Waters, natural foods proponent; and Barton Seaver, chef and guardian of sustainable seafood. For Ebert, who’s all of these icons rolled into one, food – including the gathering, preparing and preserving of it – translates into being outdoors.“ — Jordan Wright, Whisk + Quill 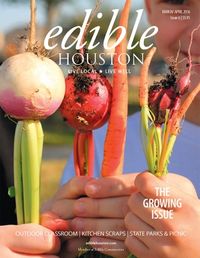 “Susan Ebert has an engaging way with words and it makes the reader part of the adventure: Wading through shallow water, looking for salicornia and taking the harvest back to pickle; cutting sassafras and drying it to make filé powder; balancing in a pirogue quietly hoping for the bass to bite, or hauling in a crab trap; anticipating what comes next when she casually writes: ‘I use that weak light to scan the grasses for any movement. You see, this county’s alligators outnumber humans by three to one.’

Ebert approaches the natural world as her wholesome, organic grocery store, with an understanding and respect to take only what she needs when nature is ready to give it, and to help keep the natural world restored and well stocked. It is empowering when you take charge of your food sources and discover what nature can provide, even if it is simply picking wild berries or digging for clams. It is what the book conveys best with every recipe, every essay and every image, and in doing so invites us to take a closer look at the wilderness around us.” — Francine Spiering, editor, Edible Houston

“Ebert, who writes about cooking wild game and fish for the Houston Chronicle, among other publications, lays out a season-by-season and climate-by-climate guide to growing, foraging, and even hunting one’s own food. More than simply a collection of recipes, the book serves as a kind of kill-to-serve instruction manual, with asides on cleaning, drying, curing, deboning, dressing, and preserving various items. Lest gatherer types begin to feel excluded, the book also includes tips on foraging and cooking with vegetables.” — Daniel Lefferts, Publishers Weekly

“This book is a conversation about food, safety and ethics, but also the recollections of hunting and fishing expeditions, walks that yielded a meal, and traded tips for gardeners. There are stories of Burgoo parties and a menu for an iconic Independence Day picnic–a spread that includes fried chicken, deviled eggs, fresh melon salad, and a grits and okra casserole.” — Claudia Kousoulas

“Don’t say “farm to table” unless you really mean it! For those who practice the age-old survival methods of foraging and hunting (now vastly more fun as a hobby than as a matter of life and death), there is food writer Susan L. Ebert’s new cookbook. If you’re looking to discover your inner outdoorsy side, pick a recipe and a gun, rod or sturdy pair of gardening gloves, and get ready to cook from scratch.” — Food Republic